The winner of the tournament is Gazprom Transgaz (St. Petersburg)
The International Volley PROM Cup – 2017 will go down in history of amateur volleyball as the first competition that put together teams of industrial enterprises from three friendly countries at once – Belarus, Latvia and Russia. 12 teams from the Baltic Sea to Baikal, divided by lot into three groups, came together on one of the best arenas, in the modern sports complex – SIBUR ARENA. After listening to the national anthems, a whistle was given to start the matches
GROUP A

In the first group, the lot brought together the guests from Riga "Latvijas Gāze", St. Petersburg's "Atomproject" and "Gazprom Transgaz" as well as "Bashneft" from Ufa. In the opening match, the Latvian gas producers turned out to be stronger than Bashneft, beating the oil producers in two intensive games. Atomproject lost to Gazprom Transgaz in the two-set match. However, in the next round, Atomproject demonstrated to everyone that it was more than a serious opponent, having shown a spectacular match with the Latvian team. The atomists gained on the upper hand in the second match 15:11, equaling the score in the game, and only in the third set in a persistent fight the residents of Riga get the points that were so necessary to leave the group – 10:15. In the second round of the group stage, the Bashneft's volleyball players won the initial game from Gazprom Transgaz, however, the team from Ufa failed to consolidate the success – the gas producers of the northern capital did not accord a hearty welcome by beating Bashneft in the second and third sets 9:15 and 5:15 respectively. However, the team from Bashkiria showed its character and inflexible will to win in the final group match. Having yielded to Atomproject in the first half 12:15, the oil producers turned the tide of the game in the second one 15:13. And in the final game, the residents of Ufa demonstrated a very high level of the game, making no mistakes practically, and left no chances to the very interesting team of Atomproject. 15:5 for Bashneft and this score allowed them to reach the playoff from third place according to the game results in all the groups. In sports, as in life, there are different situations - good and not so good ones. So a player from Riga suffered a very serious damage in the third match of A quartet between Gazprom and Latvijas Gāze. As a result, the recovery period after treatment will take more than one month. The Sportiko team accords thanks to the medical worker, who was on duty at the tournament and provided the qualified first aid, and wishes the player early recovery. The match result was 16:14, 15:10 for Transgaz and the Gazprom team reached the quarterfinal from the first place, Latvijas Gāze – took the second place and Bashneft – the third one respectively. The atomists took the fourth line, but they showed that they were a very serious team

All the teams of B quartet represented St. Petersburg, except for the team "Vulcan" from the capital of the North – Yanino. The first round brought together the representatives of the food industry "PepsiCo Holdings" and the "Gazprom Projectirovaniye" team. The volleyball players of PepsiCo lost in three difficult games in a keen struggle 12:15; 16:14; 9:15. The players of "Mechanization Administration of Metrostroy, OJSC" failed to outplay the very distinctive and bright Vulcan team in their first match, score: 5:15; 12:15 – the metal millmen were stronger. But in the second round, MA-Metrostroy managed to beat PepsiCo. In a difficult game, sporting luck was on the side of the Administration team 15:13, 15:11. By the way, the meeting result had a decisive influence on the final distribution of places in the subgroup. And for the teams of Vulcan and Gazprom Projectirovaniye, converging in a face-to-face opposition, the second game in the group became a real challenge. Vulcan was stronger in the first game 15:12, however it lost in the next one – 14:16, but the Vulcan players practically did no mistakes in the third set, 15:7 in the game, 2:1 – in the match and Vulcan went to the first place of the second quartet. Before the last match in the group, MA-Metrostroy had more points than the designers, but Gazprom proved to be stronger in the head-to-head meeting. Two games ended with the same score 15:13. The final game of the group stage of PepsiCo – Vulcan was one of the most intense throughout the tournament, as clearly shown by the score of 16:14; 13:15; 17:15 in favor of PepsiCo. However, this success did not provide them with access to the next stage, because the team took the fourth place, despite a decent level of play


As a result of drawing of lots, subgroup C became the most scaling in terms of geography. The teams represented four cities and two countries at once – Vitebsk, Irkutsk, Staraya Russa and, of course, St. Petersburg. It became obvious that the St. Petersburg Naval Polytechnic Institute (NPI) and aircraft repair workers from Staraya Russa simply had no luck with drawing of lots, since the teams of Vitebskoblgaz and Irkutsk Oil Company showed a very high level of volleyball from the first games and, thus, identified their tournament ambitions. In the first round, Vitebsk was stronger than the "123rd Aviation Repair Plant" 15:7; 15:4, and the Siberians confidently beat NPI from St. Petersburg in two games 15:9 and 15:6. In the second round, IOC exploited a success, leaving no chance for the team from Staraya Russa with 15:3; 15:8. And the gas producers from Belarus beat NPI 16:14 and 15:5. Irkutsk Oil Company beat Vitebskoblgaz in two games with 15:13; 15:10 in the third match of the group and became the best team of the competition according to the results of the group stage. Well, the residents of Vitebsk took the second line of C quartet, having passed into the quarterfinal directly with the best performance among the teams that took the second places.

We would also like to particularly note the original sports performance, which was arranged by the players and fans of Vitebskoblgaz during the matches. "Hey, hey, hey! ..." – the Belarusians shouted loudly, clapping their hands in time, they tuned in to any meaningful kicking off. It shall be noted that it "put on" and united the players emotionally in a good way. "Hey, hey, hey!" And the spectators around were becoming more and more infected with the excitement of the match. "Hey, hey, hey!" The cry came from the arena where the residents of Vitebsk played, and the atmosphere was filled with the spirit of sports competition. And thanks to this remarkable atmosphere, the Volley PROM-2017 will remain in the memory of everyone who was involved therein to some extent for a long time


Eight strongest teams continued to fight for the main prize of the competition. The pairs were distributed according to the results of the group stage games.

In the quarterfinal "oil derby", Bashneft and IOC came together. The Siberians continued to stamp their wins 15:10; 15:7, but Ufa residents had no reason to blame themselves, because they looked and fought more than worthily. Next battle Vitebskoblgaz was stronger than Gazprom Projectirovaniye 15:7; 15:11. And in the duel between two local teams, Gazprom Transgaz did not allow MA-Metrostroy to the semifinal 15:13; 15:6. In the final game of the ¼ final stage, Latvijas Gāze came from behind to beat Vulcan 14:16; 15:13; 15:7.

The semifinal brought together the participants of group C – IOC and Vitebskoblgaz – in the head-to-head battle, wherein, having given up a lot of energy, the Siberian oil producers won 15:13; 16:14. Another semifinal match was the real "fight of gas companies". The residents of Petersburg got the upper hand according to the results of two games 16:14 and 15:9.

The third place match was a kind of continuation of the "gas confrontation". In the dramatic match, Riga's Latvijas Gāze confidently outplayed Vitebsk 15:7 in the opening game. However, Vitebsk seized the initiative and dragged the game, as they said "at the teeth" 15:13 in the next set, and their cry was heard in all the corners of SIBUR ARENA. The Belarusian team won the crucial game with 15:10 and got the bronze medals at the Volley PROM Cup – 2017. The performance of Latvijas Gāze at the tournament was eloquent and memorable, the guys demonstrated a real male character and rightfully entered the top four.

The favorites of the final game were the Irkutsk oil producers, as a team that did not lose any game before this match. However, the statistical calculations did not guarantee the first place. The players of Gazprom Transgaz came down to the point of drawing of absolutely every ball very seriously and worked out in all the episodes conscientiously. Despite the high and rapid pace of the competition, the gas producers were able to remain concentrated in the most important final game, which allowed the residents of Petersburg to win in two games 15:10; 15:12.

In conclusion, we would like to quote a saying of "Any Given Sunday", where the hero by Al Pacino – Coach Tony D'Amato said to his players: "It doesn't matter if you win or lose, but it is important whether you can win or lose as men". Sure enough, in every game, including the final, it was clearly seen that the players demonstrated a real male character, showed their unbending will, doing everything for their teams to win. Therefore, Volley PROM-2017 will be remembered by all of us for its unique spirit of sports rivalry for a long time. As for us, we congratulate the team of Gazprom Transgaz St. Petersburg on the well-earned victory! 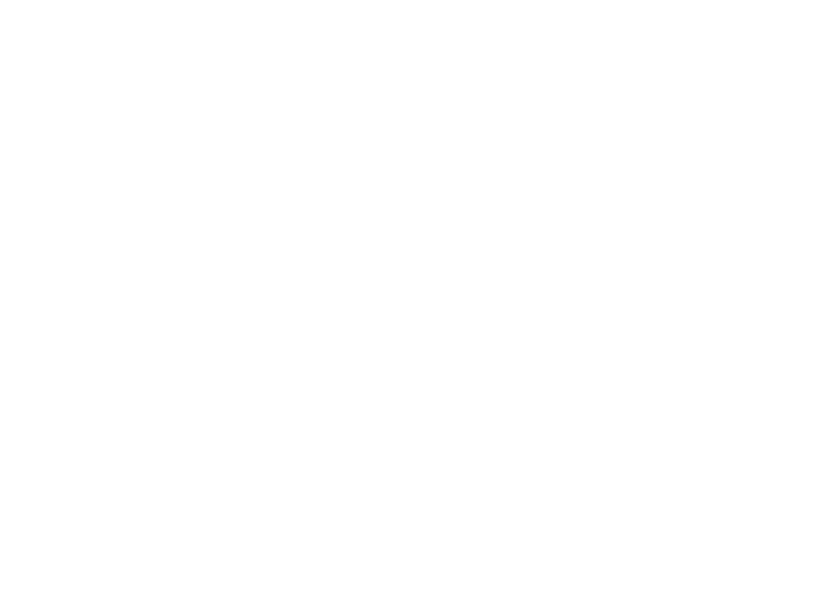 The team of Sportiko organizers thanks all those involved in the organization of such a large-scale event – the managers of the participating companies and coaches of the teams, SIBUR ARENA Concert and Sports Complex. We also thank the team of referees of the St. Petersburg Panel of Judges and personally Aleksandr Borisovich Pavlov and Natalia Vladimirovna Krasovskaya, the professional cheerleading group of SKA, football, volleyball and basketball "Zenit" – Soul Sisters, the presenter Aleksey Shkrebtanov, the photographer Anton Zyanterekov, the videographer Pavel Chernik, and everyone who provided a high level of the competition organization together with us. We express special thanks to our friends from Belarus and Latvia, who added the Volley PROM Cup not only an International status, but also a special coloring. Let's love and play volleyball! See you at the Volley PROM Cup – 2018!