The tournament winner – ASI Corporation (Kemerovo)
On December 9, for the second time, Sportiko Company held the main and final tournament of 2017, which was traditionally dedicated to the International Football Day (December 10). Like last year, the Eurasia Champions Cup brought together 20 teams from Russia and Kazakhstan on the field of the Novosibirsk arena "Zarya", but the current tournament has undoubtedly become the strongest one in terms of participants. The winners and prize-winners of the industry tournaments of "Sportiko", the strongest teams of the urban and regional championships from Novosibirsk, Omsk, Pavlodar, Semey, Tomsk, Kemerovo, Novokuznetsk, Prokopyevsk, Mezhdurechensk and Rubtsovsk – all of them were greeted by the honored guests of the competition, the famous Spartak player, the best player of the USSR in 1972, the ambassador of the World Championship – 2018, one of the most famous football experts of the country – Evgeny Serafimovich Lovchev, as well as the referee of the Russian Premier League, the FIFA assistant, who showed the referee class at our competition too – Aleksey Lunev
GROUP A


The teams were divided into 4 subgroups per 5 teams by blind lot. And the first quintet became almost Novosibirsk one. Five teams were diluted with the team "IMH-Coal" from Kemerovo and, as it turned out, quite successfully! The first round caused a slight sensation of déjà vu, because like in the last year, LoTrEk and Novosibirsk Instrument-Making Plant (formerly Shvabe) also met in the first match, but if the transport producers were stronger last year – 1:0, then now the instrument makers gained revenge – with the same score. In the other opening match, the old friends of the instrument makers, both in business and on the field, – the Novosibirsk Mechanical Plant "Iskra" coped with the Novosibirsk HPP, and the first goal of the tournament was scored here — Grigory Bocharov excelled. In the next match, Iskra and NIMP came together in a derby, but there was no fight like at SibirProm in September (the former Shvabe and the Iskra players separated amicably in the group stage), and the first ones were stronger – 4:0. The debutants "IMH-Coal", driven forward by the whole army of fans, beat the Novosibirsk HPP. The failures of hydropower plant workers continued in the third round too, when LoTrEk outplayed HPP. However, for the transport producers, alas, this victory was the last one at the group stage, and the semifinalists of the last year tournament went to the Silver Playoff from the fourth place. The NIMP that lost in the match for entering the Golden Playoff in favor of the residents of Kemerovo, kept a company to it. But before that, as it turned out later, there was a match for the first place in the group. When leading in the score 2:0, Iskra missed the advantage, allowing the opponent to level the score. Moreover, at the last minutes of the match, IMH-Coal was close to victory, but the implementation failed. Thus, the first place was decided by the difference in goals scored and conceded – the difference in Iskra turned out to be better and they became the first ones. The residents of Kemerovo went into the main playoff of the competition from the second position. The summary table of group A is given below

The real shootout at the start in group B was shown by the Kazakhstan Electrolysis Plant (Pavlodar) and Sibirenergoremont (Kemerovo) – 3:3. In another opening match there was no such struggle, and the silver medalist of the SibirStroy Cup-2017 – the Novokuznetsk Sibshakhtostroy – confidently won one of the strongest corporate teams of Omsk – "High Technologies". The residents of Omsk did not have enough luck and skills in the next game, when they lost to the experienced tournament fighters from SibER – 0:2. By the way, a historic event happened in another match of the second group round. The first victory in the Eurasia Champions Cup was celebrated by the team from Kazakhstan (let us remind you that the Karaganda Kazakhmys did not win a single victory last year). The silver winners of the Siberian Energy Cup – the Kazakhstan Electrolysis Plant – beat the team of the largest domestic seasoning producer, with a simple, but exact and memorable name "Pripravych" – 1:0. The third round in the group was, perhaps, not only the most stubborn, but also decisive: "SibER" – "Pripravych" 2:2, "Sibshakhtostroy" – KEP 3:2. As a result, SibER lost points in this match and got no ticket to the Golden Playoff, and the victory of Sibshakhtostroy was decisive for the first place in the group. Subsequent to Novokuznetsk, there were football players from Pavlodar. SibER was the third one, Pripravych took the fourth place and High Technologies – the fifth one. The full table of the group results looks as below

In group C, before the face-to-face meeting in the fourth round, the tone was set by ASI Corporation and the most titled team of Sportiko competitions – Sibirenergoservice (alongside with Krasnoyarsk Lesstroyinvest, Sibirenergoservice won two tournaments: SibirProm Cup – 2016 and Siberian Energy Cup – 2016). The residents of Kemerovo beat the countrymen from "Cyclamen" and "Karazhyra" from Semey by this time. Sibirenergoservice beat them too, as well as the Mezhdurechensk Coal-Preparation Plant. In the main match of the group, ASI simply left no chances for Sibirenergoservice – 2:0, and the victory in the final meeting of the group over Mezhdurchensk was no longer necessary. But the citizens of Kuzbass did not feel sorry for the Kemerovo countrymen again. As a result, they were first and Sibirenergoservice was second. The powerful "Cyclamen", which got the victory over Mezhdurechensk and Semey, was third, and the Mezhdurechensk Coal-Preparation Plant was fourth. The guests from Kazakhstan, having got no victory in the competition, went home after the group stage. However, there is no sense for Karazhyra to get upset, because the Eurasia Champions Cup got this name with good reason, since the strongest players play here and the loss here is more invaluable experience than failure!

The most even and unpredictable was group D. On paper, the favorites were the current owners of the oldest Sportiko trophies: Construction Company "Troy" – the winners of the International SibirStroy Cup and Dzerzhinsky Mine – the winners of the Siberian Energy Cup. However, in fact, the debutants from Pavlodar and Rubtsovsk gave a real fight to the favorites. And Tomsk citizens from Eskimo – despite the final fifth place in the group – did not look like whipping boys at all. The fate of the competition in this quintet was decided, as it turned out, by a few moments and details. So, Altaivagon led in the match with Troy, but did not keep the advantage. And if the residents of Rubtsovsk would have kept the advantage in the score, they would have entered the Golden Playoff. Or, for example – the match between Troy and Aluminum of Kazakhstan. The builders secured a ticket to the main playoff of the tournament by this time, and perhaps, the lack of motivation played a cruel joke. Looking initially as a favorite, Troy lost to Pavlodar residents, allowing them to jump into the last car of the Golden Playoff from the first place. And the Dzerzhinsky Mine, despite the status of the winner of the Siberian Energy Cup, could not get a single victory in the group – three draw games and a defeat from Troy allowed the residents of Prokopyevsk to become only fourth in the group and go to the Silver Playoff of the Cup. Altaivagon kept a company to them, which became the third one. Troy and Aluminum of Kazakhstan went to the Golden Playoff, while Eskimo left the competition, however, with a prize for the fans. Let the Eskimo fans be not so numerous, as those ones of IMH-Coal, but they supported their team very loudly and unrestrainedly!

Sure enough, the quarterfinal round was passed by Cyclamen and Mezhdurechensk Plant. The first team beat LoTrEk 2:0, the second team beat the Novosibirsk Instrument-Making Plant 3:0. Two other fights were much harder: Kuzbass derby "SibER" – Dzerzhinsky Mine 3:2 and Altaivagon – Pripravych 3:3 (5:4 on penalties). Herewith, in the series of penalty shootouts, the crucial misfire of Pripravych came out pretty ridiculous. After a powerful strike, the ball hit the goalkeeper of Rubtsovsk directly into the head, knocking him down, but making him the hero of the meeting. For a wonder, the semifinals turned out to be more identical than the previous stage. SibER confidently coped with Mezhdurechensk 4: 1, and Cyclamen – with Altaivagon 3:1. However, the car builders, despite their defeat and heavy fatigue, managed to brace up in the match for the third place and gained on the upper hand over the residents of Mezhdurechensk with a score of 2:1. With the same score, SibER beat Cyclamen in the Kemerovo final derby and, thus, won the main prize of the silver series! 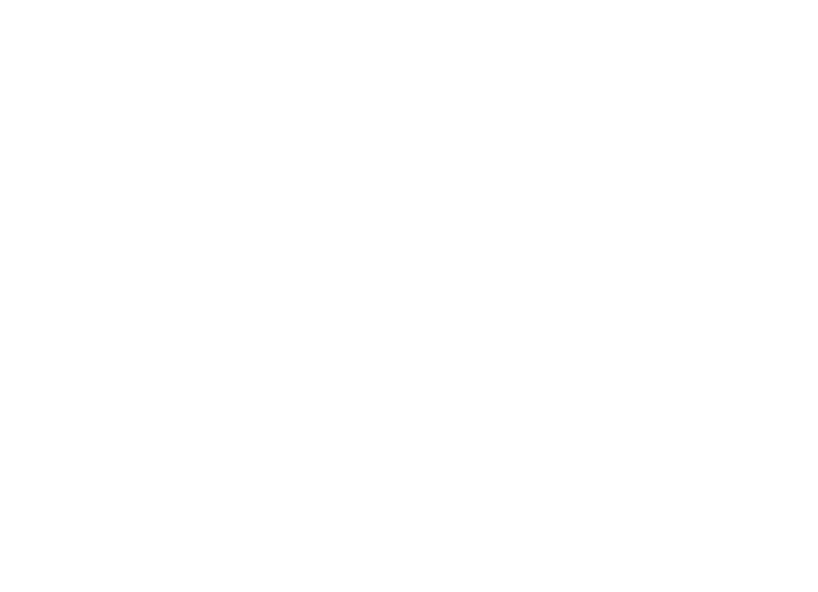 The most serious battle for the prizes was in the Golden Playoff. And running ahead, it should be said that one of 20 teams that took part in the tournament was unstoppable that day. It passed evenly both the group stage and the playoff games, not without difficulty, but still, without missing a single (!) ball. Naturally, it was referred to ASI Corporation, which tore the countrymen from IMH-Coal to bits already in the quarterfinal. Despite the major defeat in the quarterfinal, numerous fans of the coal miners accompanied their team from the field with a loud and friendly chant "Good job!", which caused great respect of all the participants of the competition. The other three quarterfinals ended with the heart-stopping series of penalty shootouts. It is Interesting that both Pavlodar teams came together face-to-face in the quarterfinal on the Novosibirsk arena. In the penalty shootout series, the football players of Aluminum of Kazakhstan turned out to be more successful. Another match intrigued with its signboard too. The finalists of the SibirStroy Cup – 2017 – Troy and Sibshakhtostroy met there. The regular time ended with the score of 1:1, but Novokuznetsk enjoyed all the sweetness of the revenge in the series of penalty shootouts, scoring twice and allowing the opponent not to score a single penalty. Well, the bad luck of Sibirenergoservice continued too – the third competition in a row, the servicemen lost the tournament in the penalty shootout. This time in the match with Iskra – scoring 0:0 (1:2 on penalties). In the semifinal there was a record of Sportiko competitions. A record series of penalty shootouts for 15 minutes was provided by Sibshakhtostroy and Iskra. Having scored no ball in the top three kicks, both of them stopped making mistakes for a long time, until the foot of the Iskra football player shook with the score of 14:13. As a result, the smithy met with ASI Corporation in the final, which, without any penalty shootouts, beat Aluminum of Kazakhstan in the semifinal 2:0. Probably, the end of the game in the regular time, but not in the exhausting series of penalty shoot-outs, was a very important factor of matches for bronze and gold medals. Here, Aluminum of Kazakhstan and ASI Corporation looked fresher and more motivated respectively. As a result, Pavlodar residents "gnaw out" the bronze medals of the Eurasian Champions Cup in the penalty shootouts, and ASI Corporation – the gold ones. The outworn Sibshakhtostroy could not oppose the experienced rival – 0:3 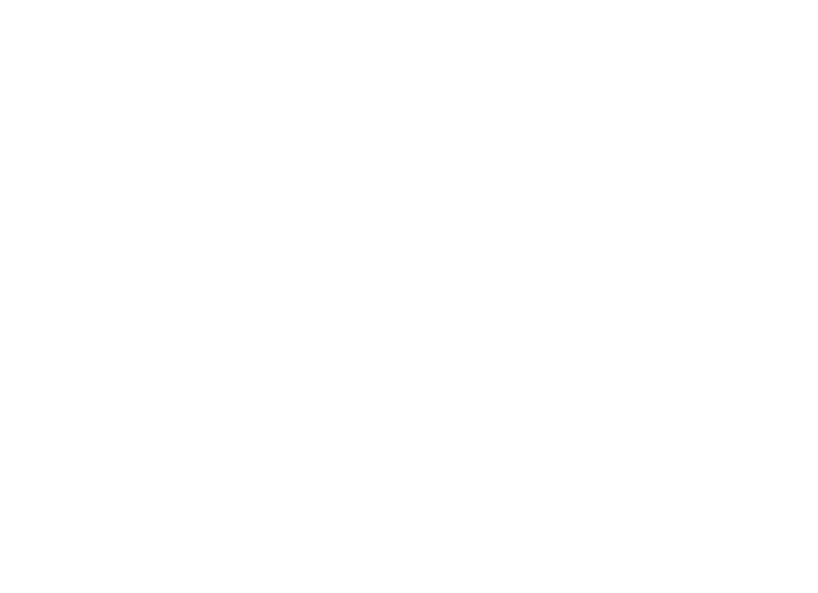 The team of Sportiko organizers thanks all those involved in the organization of the IInd Eurasia Champions Cup 2017 – the leaders of the participating companies and coaches of the teams, the staff and management of Zarya arena, our honored guest Evgeny Lovchev. We also thank the team of referees of the Novosibirsk Region Football Federation headed by the referee of the Russian Premier League Aleksey Lunev, the best cheerleading support group in Siberia – Drive, the best sports photographer of Novosibirsk – Aleksandr Lukin, the best presenter of Montenegro and Novosibirsk – Anatoly Bykov, the videographer Ivan Osintsev, the sound engineer, volunteers and everyone who helped us to arrange this wonderful event, which will remain in the memory of the participants and organizers for a long time. HOORAY! And see you at the Eurasia Champions Cup – 2018